Please welcome Eat, Read, Science’s first guest blogger Julia Turan! Today she’ll be sharing a cool new paper looking at how changes in our DNA change the way our neurons talk to one another.

Sequence the human genome. Check. Now all that’s left is to understand how the letters of our DNA alphabet are accessed in the context of different types of cells and microscopic environments. Completing the sequence was no small feat but we have plenty of work ahead. This field is known as epigenetics: the study of factors—inside or outside our body limits—that turn genes on or off and influences how our cells read the genome.

Nature and nurture. Two words frequently tossed around in biology. Epigenetics takes these formerly opposing concepts and swirls them together. Our nature is being nurtured. Our experiences are altering the expression of our DNA. Really let that sink in.

A term coined by C.H. Waddington (known as ‘Wad’ to his friends) in 1942, epigenetics was first studied in embryonic development. As we morph from wad to body (pun intended), cells with the same DNA blueprint become part of team lung, blood, brain, etc. Epigenetic mechanisms control this differentiation of cells. There are two important traits of these changes: 1) the DNA sequence is not directly altered, rather its expression—how it is read out and turned into a protein—is; and 2) these changes can persist after the cell divides and even in the organism’s progeny.

Thanks to Hongjun Song and his team at Johns Hopkins University, we now know that experience also influences genetic expression in the incredible three-pound clump beneath our skulls. Their research showed that these changes don’t just happen during stress, aging or neurodegenerative diseases. They are happening in all of our brains at this very moment. The chemical structure of the DNA in your brain is actively regulated in response to what you’re experiencing. These processes are essential to the stability of our brain circuits and potentially its disruption during disease. 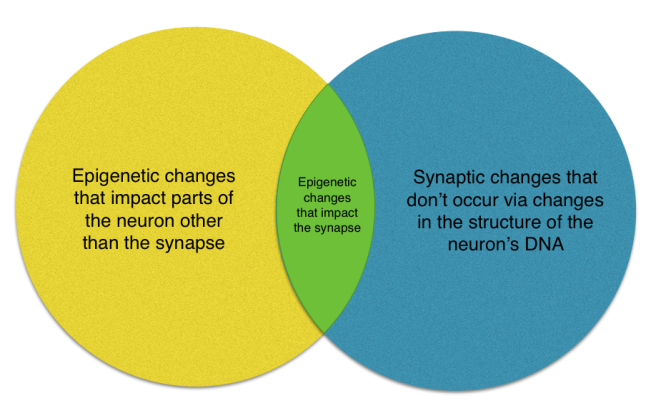 The occurrence of changes in neuronal connections, or synapses, is not a new idea. Think of changes at the synapse and changes to the chemical structure of the neuron’s DNA as a Venn diagram. In one circle, you have epigenetic change. In the other, you have synaptic change. Epigenetic changes mess with the master blueprint so they can impact not just the synapse but also other parts of the neuron. Changes at the synapse don’t exclusively happen via the blueprint though. There can also be lower level changes in the availability of construction materials. Song’s research is largely at the intersection of the diagram showing how epigenetic changes alter the synapse.

So how exactly are our neurons responding to brain activity in order to change their gene expression? Song and his collaborators studied neurons in the small, curled hub of memories, the hippocampus, to unravel the workings of a protein named Tet3 that responds to brain activity and affects epigenetic change.

Tet3 carries out changes to the neuron’s DNA by yanking off a dangling chemical group called methyl. This makes it easier for the DNA to be read by the cell’s machinery, thus altering its expression. We used to think that these changes no longer happen in adult cells but this research adds further evidence of changes occurring well after development.

Although Tet3 simply wants to pull off the dangling group, to achieve this it must also cut out the DNA letter attached to it. It then replaces the ‘DNA plus dangling group’ duo with just a DNA letter. Snipping the DNA like this is risky because mistakes in stitching it back together might harm the cell. Song’s research explains why it might be worthwhile for the neuron to threaten itself in this way.

Tet3 is the middleman. The researchers show that more Tet3 is produced when brain activity is higher in the hippocampus and vice versa. The amount of Tet3 then influences the level of brain activity (a specific type of excitatory brain activity that is regulated by the neurotransmitter glutamate). To measure the activity of the neurons, the researchers used a popular technique called patch clamping. A tiny probe stuck into the neuron measures the current across its membrane. Since neurons communicate with electrical signals, this current represents the neuron’s activity.

More than just changing the level of activity, Tet3 is also bringing about changes in the structure of the neurons. Receptors, the devices neurons use to receive signals, are being added or removed at the synapse, changing the ease with which the brain cells talk to each other. The researchers observed changes in receptor number by adding fluorescent molecules that attach to these receptors into their petri dishes. Under the microscope, each glowing dot is one of these receptors on the surface of the neuron. They engineered neurons with less Tet3 by adding a special molecule called a small hairpin RNA that they created to specifically block Tet3 gene expression.

This is one example of what is meant when the term, brain plasticity, is thrown around. These are the changes at the synapse I mentioned earlier. These cells are building and rebuilding parts of themselves. You could fit around 100 synapses along the dot of this ‘i’. Owing to tireless scientific experimentation, we know something about the actual mechanisms happening in these minute structures to code our macroscopic experiences.

The molecular mechanisms of our brain’s adaptability could be important beyond understanding normal function. Problems with various steps of Tet3’s function, especially with repairing the cuts to the DNA, could underlie brain disorders. This field of research is chugging steadily along towards a molecular understanding of ourselves, during both order and disorder. 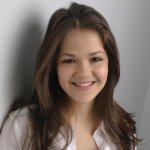 Julia Turan triturated, pipetted, imaged, and analyzed, during her undergrad years studying neurobiology. Since then, she has shifted into the world of science communications, hoping to promote a language of science legible to all. Follow this link to subscribe to her weekly newsletter of five worthwhile science stories: http://tinyletter.com/juliaturan. Or follow her @JuliaTuran.

© Betty Zou and Eat, Read, Science, 2015. Unauthorized use and/or duplication of this material without express and written permission from this blog’s author and/or owner is strictly prohibited.
Loading Comments...
%d bloggers like this: